This is the unreleased album which was recorded 1995-1996 by NIVA meant to be a follower to the bands debut in 1994. The album is titled RELIEVIN’ RAIN and is NOW available for digital pre-order. Official release is the 31th of March 2015 via digital download and streaming. 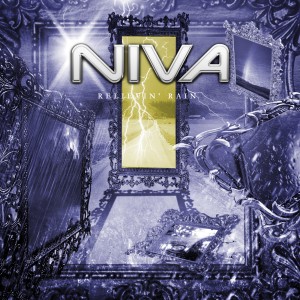 RELIEVIN’ RAIN was the album with the start of a musical journey from the melodic rock genre to break the boundaries into the melodic metal which NIVA, for this production had a wish to fulfill.

Songs for this album was composed by: Tony Niva, Peter Andersson and Robert Jakobsson. They also made the arrangements and produced the album. It is now time to share this long gone and forgotten album to see the daylight.

Musicians for RELIEVIN’ RAIN is: